Posted at 11:00h in Latest News by platformpci 0 Comments
0 Likes 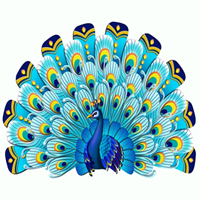 The International Council for Film, Television and Audio-visual Communication (CICT-ICFT) awarded its prize with the UNESCO Gandhi Medal at the closing ceremony of the 52nd International Film Festival of India, Goa (IFFI) to the film Lingui the Sacred Bonds by Mahamat-Saleh Haroun (Chad).

Sorry, the comment form is closed at this time.